Hotels in Melbourne provide outstanding accommodations in a destination nicknamed “Garden City”. Known as one of the  world’s most livable cities, Melbourne is flush with vibrant street art, outstanding dining options, lively night life, rich culture, wondrous natural surroundings and entertaining sporting events. The National Gallery of Victoria, founded in 1861, is Australia’s oldest and most visited museum. When traveling to Melbourne, keep in mind that it is a big city and you’ll need to have a myki card or the mobile app to ride public transportation. Rideshare such as Uber is more advisable than taxis due to high costs. Cars drive on the left, currency is the Australian dollar and the legal drinking age is 18 years. Main events include Australian Open, Melbourne Cup Carnival, Australian Grand Prix, Melbourne Fashion Festival, Moomba Festival, St Kilda Festival, St Jerome’s Laneway Festival, Beyond The Valley Festival, Groovin the Moo, Melbourne International Comedy Festival, Melbourne International Flower and Garden Show and Melbourne Marathon. Melbourne’s professional football clubs are Melbourne Victory FC and Melbourne City FC, who play at AAMI Park in central Melbourne. Semi-professional football club South Melbourne FC has recorded the most competitive honors of all Australian clubs. Hotels in Melbourne are some of the best in all of Australia. Before we get to hotels in Melbourne, let’s take a look at some more background information to help you along the way.

Melbourne was founded in 1835 by John Batman, who purchased around 600,000 acres from the Australian aborigine tribe Wurundjeri. Prior to being named Melbourne on April 10th 1837, the area was known briefly as Batmania. On June 25th, 1847, Queen Victoria, after whom the Australian state of Victoria was named, officially made Melbourne a city. A significant event in the city’s history was the mid-1851 Victorian gold rush, which resulted in Melbourne overtaking Sydney in terms of population. Other major events included boosterism‘s role in the  Australian banking crisis of 1893, and the opening of Australia’s first Parliament on January 1, 1901. Following World War II, the city experienced high and low points for several decades, eventually settling into Alpha city status, which occurred in 2018.

The capital and most populous city in the Australian state of Victoria, Melbourne today has a population of about 5 million people. Regarded as one of the most livable cities in the world, Melbourne attracts around 11.6 million tourists per year. Located on Port Phillip Bay, the Garden City sits about 300 miles across the Bass Straight from the Australian island state of Tasmania. Royal Exhibition Building, which became Australia’s first building to be awarded UNESCO’s World Heritage status, Melbourne Cricket Ground and Shrine of Remembrance are some of Australia’s most renowned cultural sites. Melbourne enjoys warm to hot summers and mild winters, with summer highs averaging in the high 70s degrees Fahrenheit, while winters remain in the high 50s. The city ranks in the top five safest in the world. Australia’s cultural center, Melbourne attracts visitors with its festivals, theaters, music venues, museums, architecture and street art. Points of interest include Princess Theatre,  Athenaeum Theatre, Her Majesty’s Theatre, Regent Theatre, Arts Centre Melbourne, Melbourne Recital Centre, Southbank Theatre, Palais Theatre Wheeler Centre, State Library of Victoria,  Heide Museum of Modern Art,  Australian Centre for Contemporary Art and Docklands Stadium. Popular foods are lamb roast, Banh mi, or a type of Vietnamese bread, meat pie, Gozleme, which is a savory Turkish flatbread and pastry dish, and pippies (clams) in XO, a type of sauce made from dried seafood. Wine, beer and vodka are the most common drinks found today, while rum was one of the first forms of payment for goods in Australia. Now that we have a little background information on the area, it’s time for hotels in Melbourne that will help make for an exciting trip. 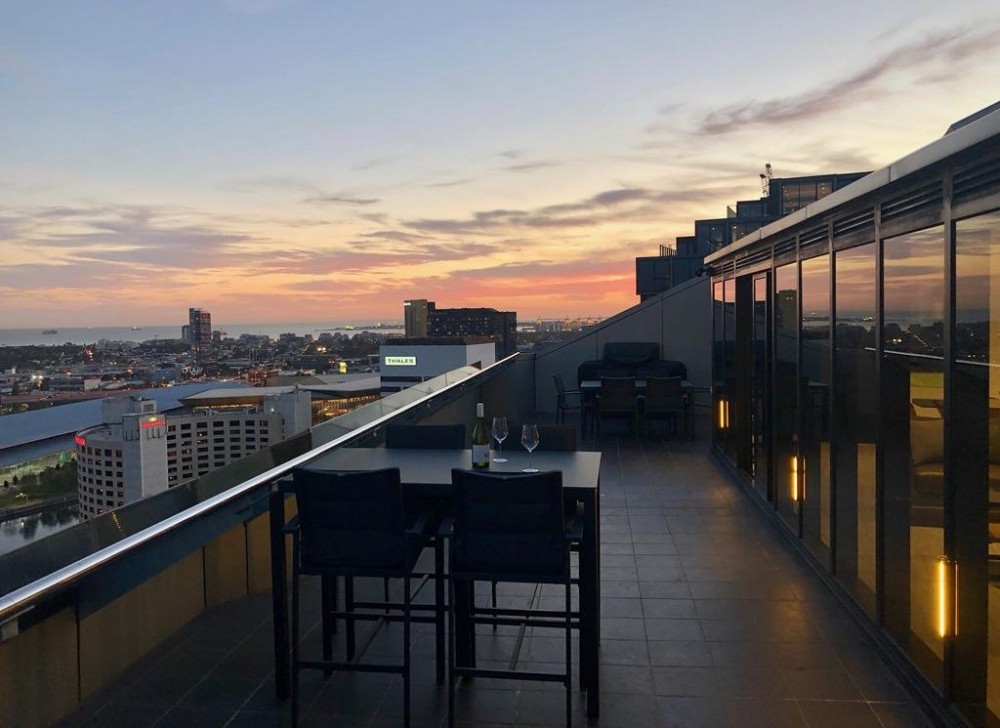 So there they are, hotels in Melbourne that will help make for a memorable experience. We hope you have found this information valuable and most of all, that you enjoy your time in Australia!

40 Replies to “Hotels in Melbourne”